Last year the Super Bowl commercial Gearshift produced for Michael and Son was a resounding success. This year the pressure to do something even bigger and better was present. We're proud to say we think this year's ad is our best work to date! It's always fun to work with a big personality like Mike's so we were eager to tackle the challenges a shoot like this entails.

On a bigger budget shoot it requires a higher level of concentration to get all of one's actors on the same page with the crew and to make sure when director Jim Folliard says, "Action!" everyone does what they're supposed to do. We expanded our crew slightly for this project to manage the extras and get the shots we needed to complete the final product.

A shoot like this requires rolling the cameras and having the actors repeat each shot as many times as necessary. Getting a few of those shots took a couple tries but our crew always rose to the challenge to get things just right. 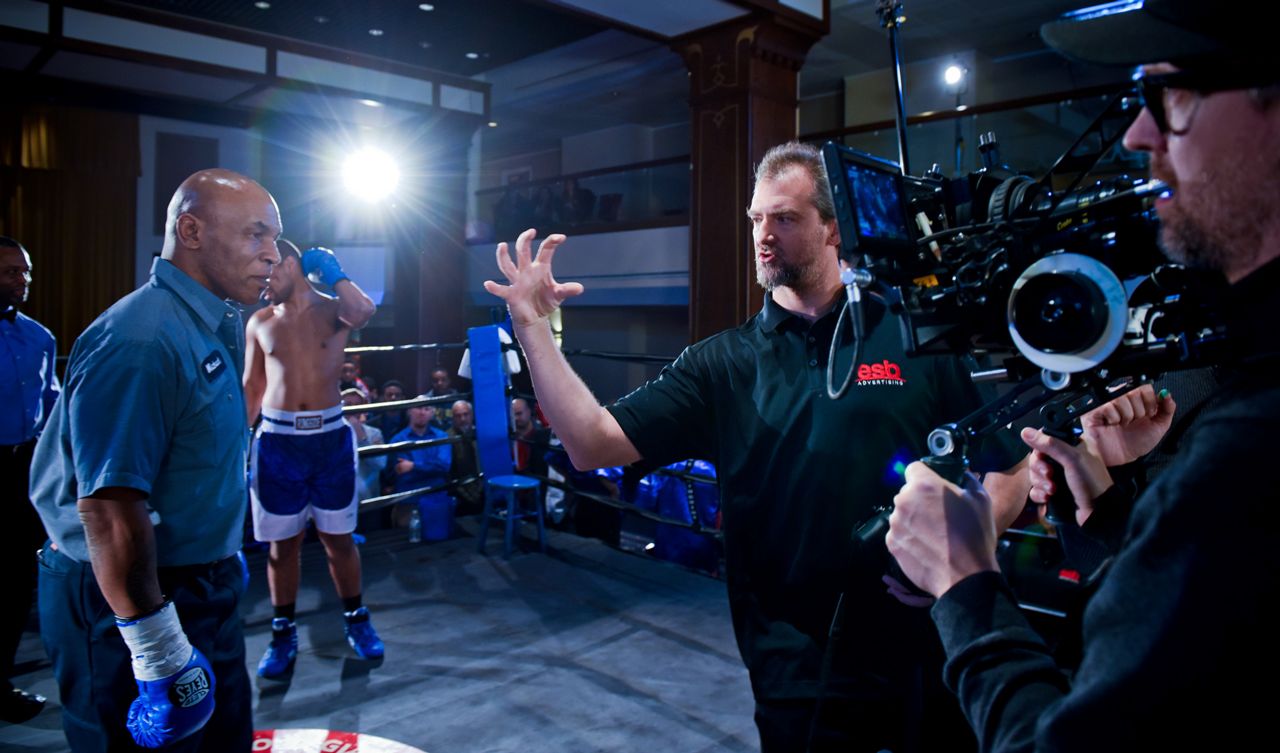 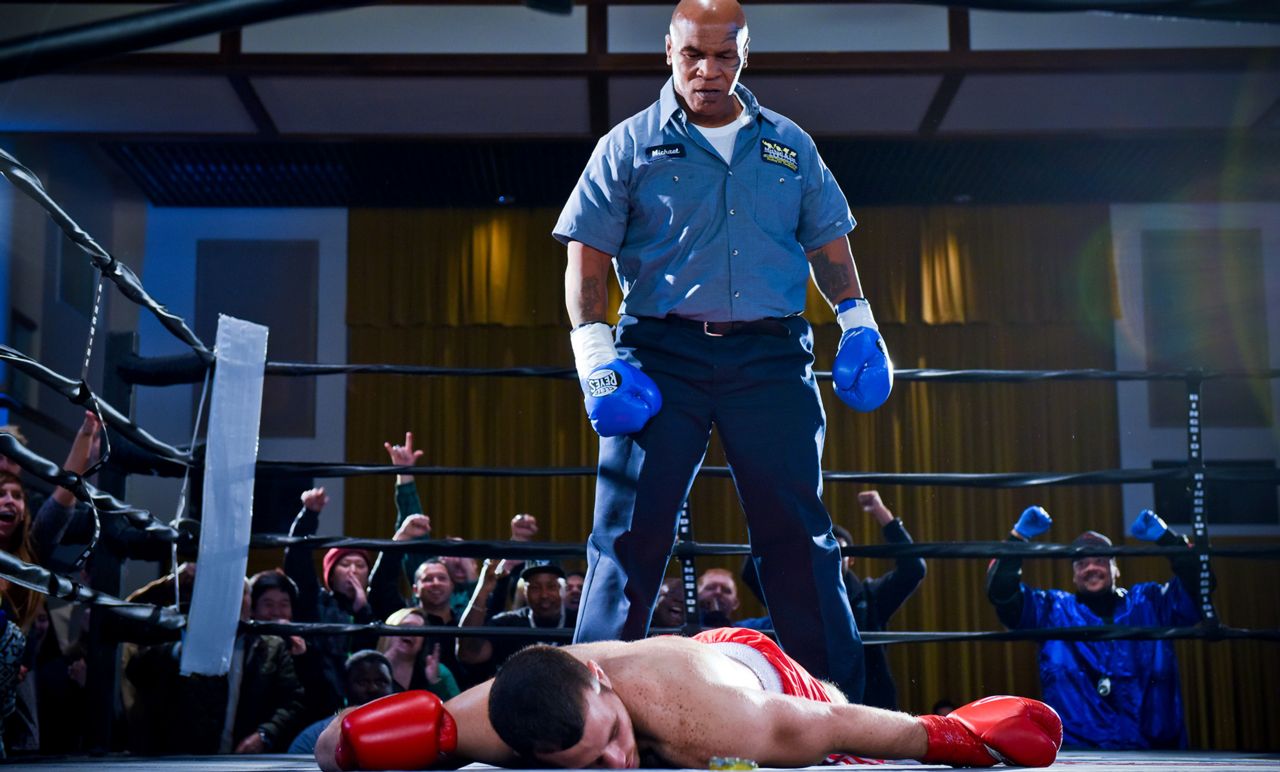 Working with the Champ

Every chance to work with celebrities is exciting but the chance to work with Mike Tyson himself was way too cool to pass up. We knew we could come up with a hilarious and entertaining concept with such a charismatic subject for the ad. We have to say we're proud of our partners ESB Advertising and Michael and Son for creating the concept and booking the talent for this ad. Mike Tyson of course did not disappoint.

Special thanks also must go to Mike's son Amir who was invaluable to the concept of the commercial. It was obvious Mike enjoyed starring in a shoot with his son. His pride in his son is apparent as he raises his hand and grins at the camera at the end of the commercial. 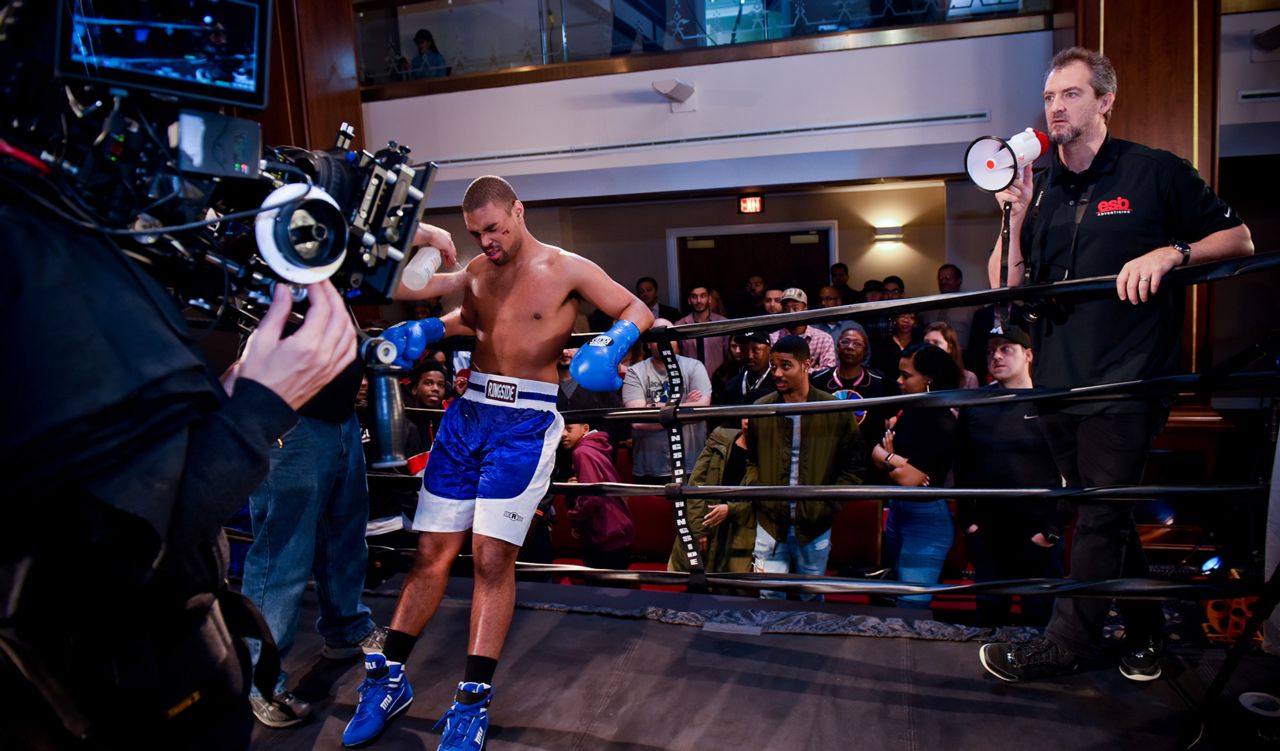 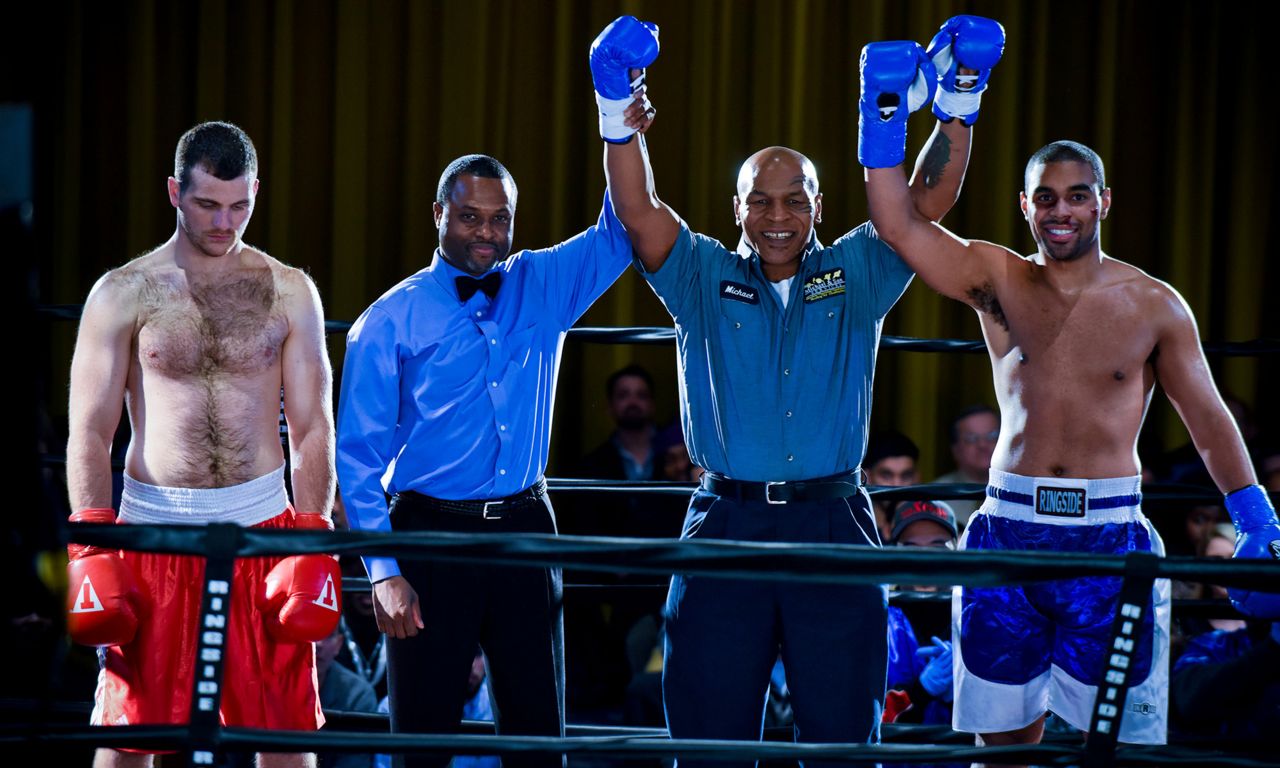 An ad like this is only possible thanks to the hard work of the crew. Sam, our boxer heel was a consummate professional, as was Sarah, our ring girl. All of our extras kept their enthusiasm high even as the shoot got later. We're grateful to everyone who came out to our constructed boxing ring to see Mike and cheer in our ad. Thanks to the staff at the Sphinx Club for their hard work to accommodate us and the crew, and for providing their beautiful venue for our boxing arena stage. 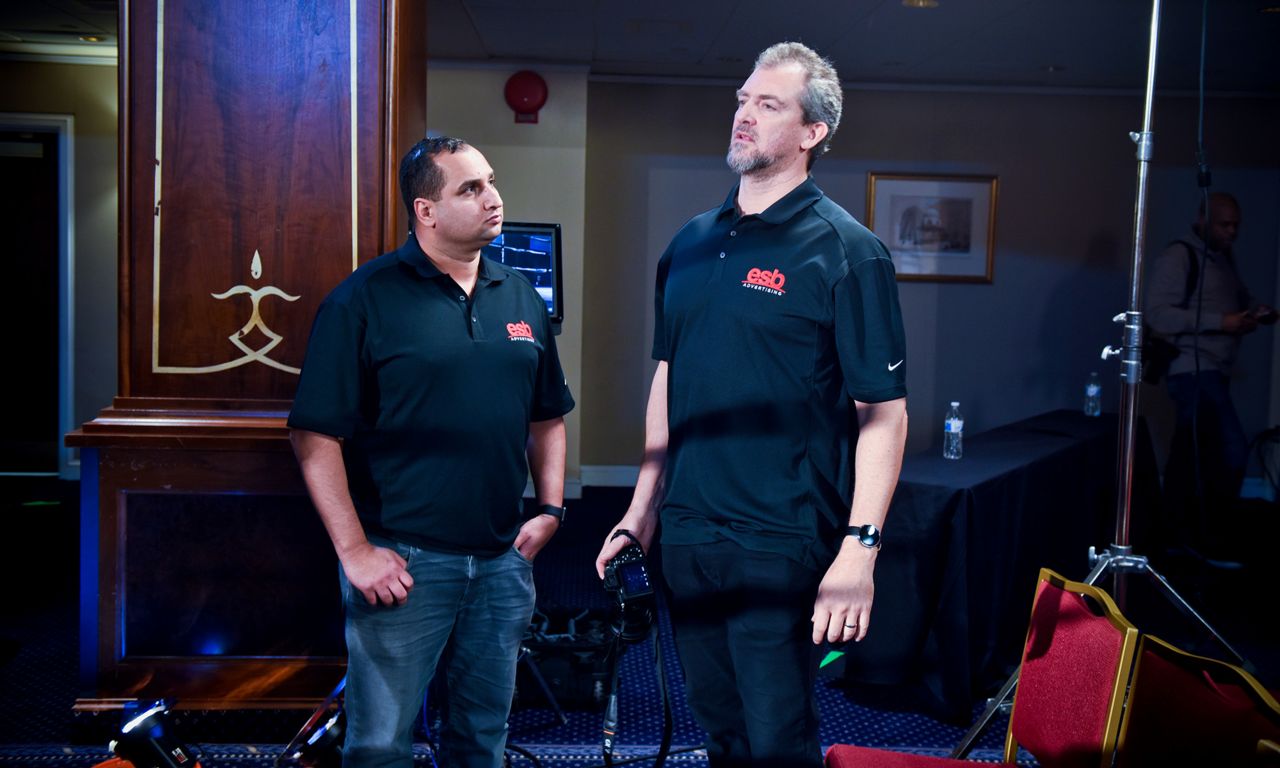 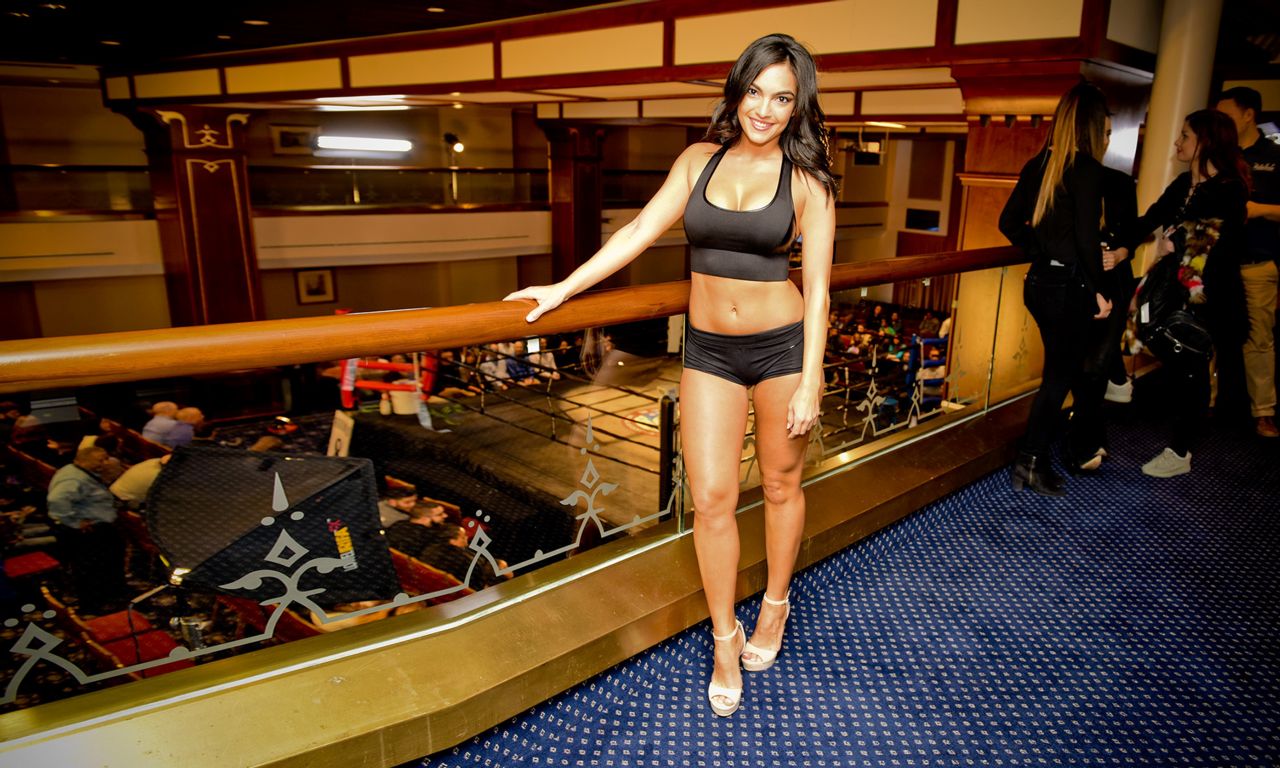 Last year the response to our Super Bowl ad was so great Gearshift, ESB Advertising, and Michael and Son were all featured in the Washington Post for our hard work. This year we hope the response is just as positive- if not more! By adding some star sizzle to our Super Bowl ad steak we hope that our hard work is recognized and appreciated. We know it will attract an audience. It was just too good of a gimmick to have Mike Tyson and his son in a Michael and Son Super Bowl commercial. 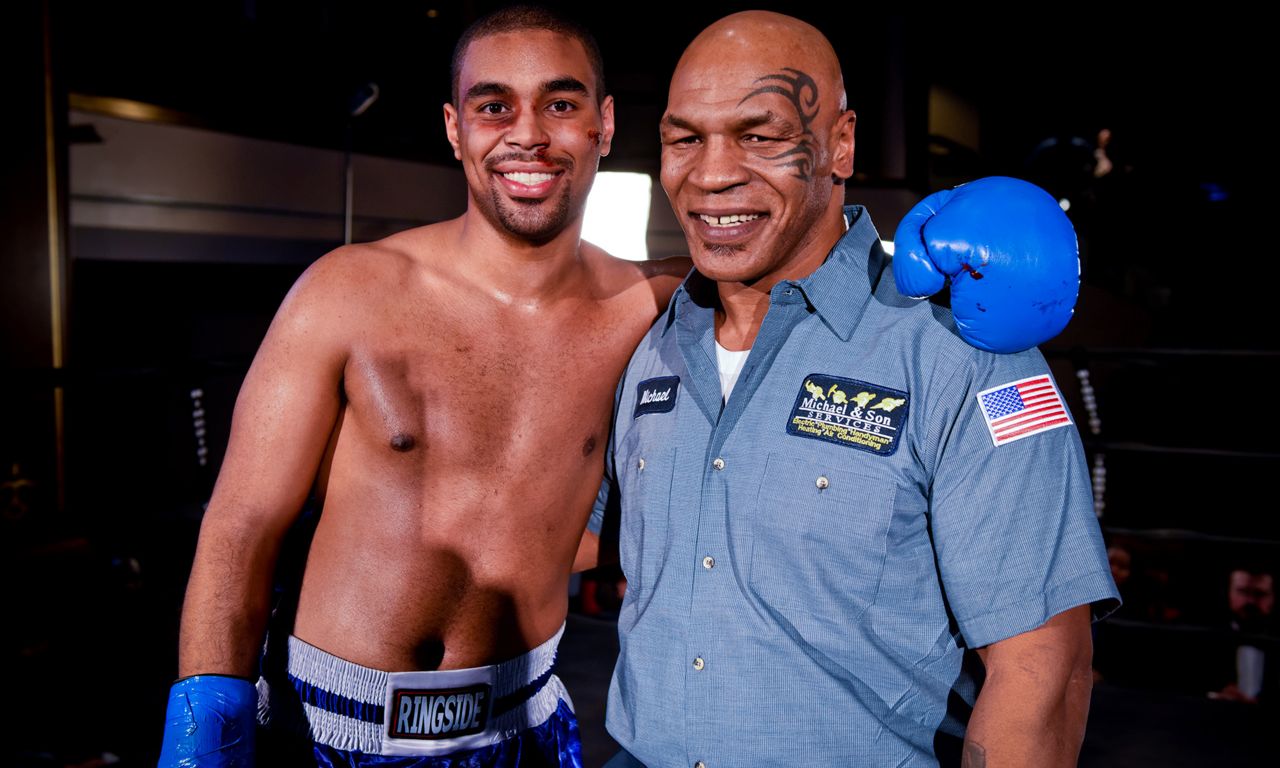 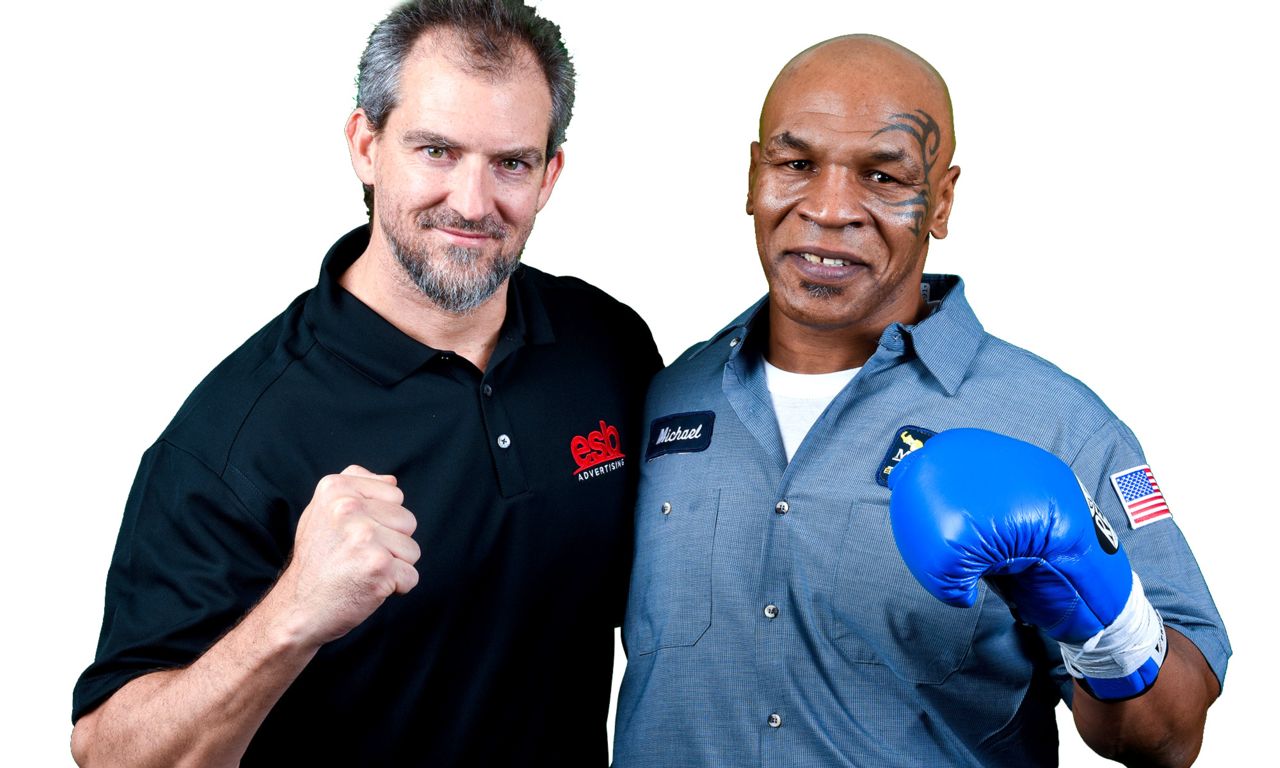