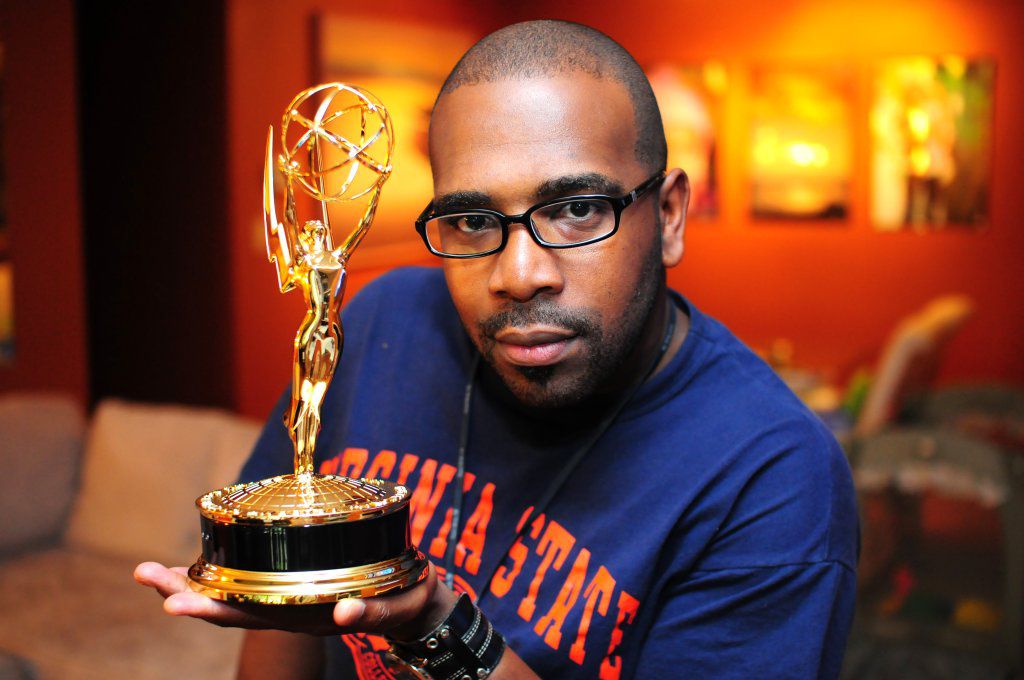 How many lawyers can say an Emmy Award winner produced their website’s videos?  If you hire the Gearshift, you will be able to say just that.  Mr. Don Napoleon splits his time between the studio and the field: editing, shooting, directing, creating, producing, educating and innovating in addition to being a husband and father of two.  Don does it all, and we are lucky to have him as part of our team.  Here is a little background on our behind-the-scenes video professional.

After college, Don took a job with NBC12 in Richmond and realized he had a knack and passion for media.  “It wasn’t Hollywood,” Don recalls. “But, it was still lights, camera, action. And that did it for me.”

He followed his dreams to New York then to Washington, DC because of his interest in politics.  His resume is impressive, including working with Atlantic Video, AARP Broadcasting and Capitol Hill as well as contracts with BET, TV One and BBC.  He has also worked on some feature films such as “Eagle Eye”, “Night at the Museum 2” and “State of Play”.  All the while he was freelancing, covering concerts by Jay Z, Black Eyed Peas and even the legendary BB King.  This is where his path intersected with Jim Folliard, who was also covering concerts and events throughout DC.  The two teamed up and the rest is history.  Their incredibly impressive experience put them at the top of everyone’s list when it came time to hire producers.  Since then, they have shot, edited and produced everything from sports to politics to corporate events.

Even though Don discovered his calling to the world of live television, movies and video soon after graduating, he still considers himself a type of psychologist.  He was awarded an Emmy for a segment he produced for Maryland Public Television.  The spot educated children on where food came from.  “I’d always wanted to become a psychologist, but eventually realized I would become a TV child psychologist, incorporating a certain aspect of psychology into my programs that would benefit children.”  Don is also developing a non-profit called “Exposure” to expose college students to the world of mass communication.